Second Shot Heard Around the World 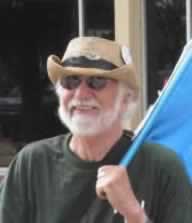 The first “shot heard around the world” was fired April 19, 1775, in Concord, Massachusetts, signaling the birth of a new republic. The second, fired January 20, 2021 in Washington, signaled its death.

Wanting to make a grand gesture on his first day, President Biden decreed that he was canceling the Keystone Pipeline, despite its signed contracts and years of engineering and investment. But it was more than a gesture when the whole legal system, the Congress and Judiciary, designed to safeguard contracts and the will of the people from dictators, simply rolled over and obeyed, like a dying dinosaur. Blood in the water, the feeding frenzy began.

Inspired by green cheers, the new imperial president dictated no new drilling and fracking on his land, starving manufacturing, transportation, electricity production, and oil exports. Egged on, he tore up the contracts to build “the wall,” triggering an international stampede and then did worse, trafficked millions of illegal migrants into the states of his political enemies, quickly overwhelming their social service safety nets.

The world watched with varying degrees of horror or glee as the republic that taught them about limited government, its checks and balances and its rule of law, simply unraveled.

No need to dwell on the sad litany—the explosion of street crime, the lawless lockdowns, the inflated currency, the “cured” ballots, the “bailouts” of friends and the prosecutions of foes, and the bungled retreat from Afghanistan that told everybody that the world policemen was off the beat, that the Pax Americana was dead.

No need to detail the corrupt payoffs to big pharma, the back room deals with big media and big tech, the loan “forgiveness” to boost universities that pump students with CRT hate—or even more appalling, the political prisoners held without trial, the mobs baying for the blood of the preborn, or the “doctors” castrating young boys and performing mastectomies on adolescent girls to usher the “transition” into a brave new, gender free world.

But the story is not over. The second “shot heard around the world,” also fueled a movement to rebuild the republic. MAGA was never about one man but about one nation. It is simply a fellowship of those who believe that “it is not too late to return to a republic where law is written by Congress which itself is limited by Constitutional law, where judges are limited by the written language of the law, where the president is limited to enforcing the law as written, and where the power of federal government is limited to areas clearly defined by the Constitution”

It will require much work and worship, courage and prayer, for only under God can we again be one nation, indivisible.

Could anyone have dreamed that our representatives in Congress would actually vote to recruit-- not more local police or ICE agents--but an army of 87,000 more IRS agents?

Who could have believed that Democrat Senator Tammy Baldwin and Congressmen Mark Pocan, Ron Kind, and Gwen Moore, would vote to hire 1740 (do the math) armed IRS agents to prey on their own Wisconsin constituents?  Do they not know that everybody is guilty until proven innocent in an IRS court?

This vote is worse than the FBI launching a parade of emergency vehicles and a team of armed agents to do a photo op at former President Trump’s house.  The long guns and body armor were not to protect agents from his dog.  They were there to send a message to constitutionally sensitive Supreme Court justices, hard core congressmen, independent corporate CEOs, too curious journalists—and most of all, to “we the people.”

Let no one believe that their party, ethnicity, or gender will protect them.  The clueless academics, mindless tech moguls, vacuous journalists, and venial politicians who cheer the unlimited expansion of government power should know from history, if not common sense, that they too will be victims.  Totalitarian “Republics of virtue” always become reigns of terror.

The progression is all too familiar. The daily shakedowns lead to plundering “the rich,” followed by shortages and desperate wage price controls that trigger mass arrests of uncooperative “insurrectionists.”  Then come the gulags, the firing squads and the guillotines—all predictable, and all inevitable unless the citizens have the courage to act before it’s too late.

This blatant vote to add 87,000 IRS agents tells us that it is very late.