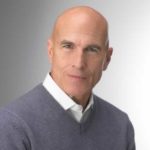 Fellow Freedom Fighters and RPSC Members, here is my firsthand report of what happened at the State GOP Convention on May 21, where 27 RPSC members proudly represented you on the convention floor.

With a massive 1600+ delegates attending, the non-endorsement option passed in the morning by a 2-1 margin and led to no gubernatorial candidate receiving the RPW (Republican Party of Wisconsin) endorsement for the primary. This was a huge win for us but not a surprise to RPW leaders who had stretched the agenda with the plan to take up resolutions on Sunday. To that point, it took 4 hours just to hear the gubernatorial candidates and then vote on 3 separate ballots. It felt like waiting for a driver's license at the DMV.

Their plan worked. When it became apparent that resolutions would be moved to Sunday, many Freedom Fighter delegates left for home around 6:00PM. The RPW brass saw this and quickly pivoted to move forward with resolutions late Saturday. With just 400 delegates remaining, the platform resolutions were passed in 5 minutes. Finally, at 8:30PM the floor resolutions (recall electoral votes, remove Vos, no endorsement option for future) were presented, discussed (briefly), and then defeated by an approximate 60-40 split. A 4th floor resolution in favor of selling raw milk was presented by Dan Jones and passed. (Congrats, Dan, on this major accomplishment.)

Though disappointed with the floor resolution votes (except Dan's), I believe that the outcome would have been much different had all 1600+ delegates voted. The RPW may have dodged a bullet this time. But they know that this does not bode well for their future plans to stay in power. The fact is that these floor resolution votes are now part of the 2021 State GOP Convention record and will be used to mark our progress when we gather next year.

I have several key takeaways from the convention. First, the RPW is in a quandary. They love the growth of its membership, but not that Freedom Fighters make up 90% of that growth. Because we are a threat to their grasp on policy and legislating, they will continue to scheme on how to manipulate the growth for their purposes. But our movement within the Party must now build beyond the county level into the district leadership. When this happens, the RPW will have to decide whether to work with us to create Party unity or stay in the squishy middle and cozy up to moderate Democrats (as if that exists).

Second, the Freedom Fighter movement is not only activated; it is state-wide. For a floor resolution to be presented, I needed to have the support from 4 other County Chairs from 4 different districts. Think about it this way. There are just 8 districts in the state, only 7 if you exclude Milwaukee County. So, to get the support of 5 districts (including the authoring district) involves nearly the entire state. It took me just 2 days to find the required support for the resolutions to recall Wisconsin's 10 electoral votes, remove Vos as Assembly Speaker, and have a non-endorsement option for future state primaries. The Freedom Fighter movement is in every pocket of the state and growing rapidly.

Third, the efforts by the RPW to discourage us will only work if we quit the Party. Based on the comments of many delegates upon leaving the convention, this will not happen. In fact, our resolve was only strengthened by the measures they took to protect the current Assembly and Senate members, Vos, in particular. Just in the last few days, I was sent time-stamped photos of Robin and Michelle Vos behind the curtained area where the ballots were being tabulated for the resolution calling for his removal, a clear ethics violation for anyone with a conscience. (This, by the way, has now been reported to the media which will most likely roundfile it.) Freedom Fighters are demanding a new way of doing business in Madison. These demands will only get stronger in the next year.

I was honored to fight along side 26 other RPSC members for the better part of 12 hours on May 21. We did not agree on all matters. The RPSC is a place where differing opinions are heard, debated, and then decided. We don't take our ball and go home if we lose. We become stronger and more determined to make a difference for our communities and state. Yes, it was a war with battles won and lost. We will win more!

God bless you all!

Posted in And In This Corner....